Why use SPSS? SPSSSPSS statstical software SPSS is one of the most widespread statistical programs and provides automated processes with the help of a very detailed graphical interface and a large number of their configuration. In addition it provides the option of writing code with its help Syntax  to speed up repetitive processes.

The following is a typical example of Statistical Data Analysis

1. Work is the most important stressor in all categories of marital status

2. The general concern for the evolution of life concerns mainly the single, those who got married for the first time and those who live with their parents.

3. The marital status that covers the widest range of sources of stress was presented to single people and married people for the first time. 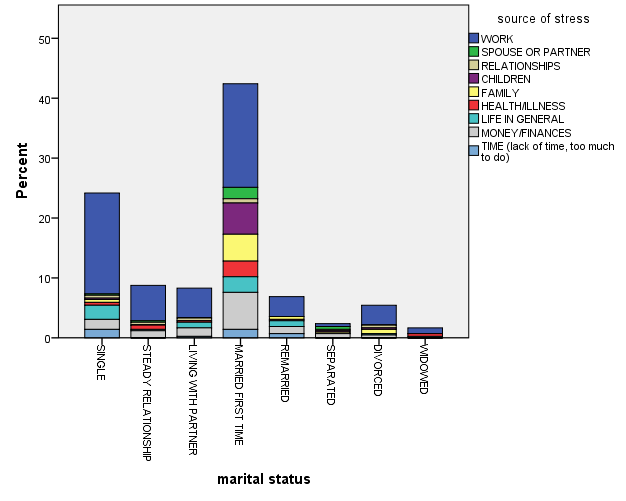 Με την βοήθεια του Χ2 Independence test between the marital status variable and the variable smoking habits and source of stress. We observe that there is a marital status.

To control the degree of the relationship between the previous variables, a correlation was performed Spearman and the results showed that the main source of stress is to a small extent influenced by the marital status while the smoking habits are not related to the marital status of the respondent.

We observe that the interaction between marital status factors and smoking are statistically significant in 0.001 p-level

Further examination of the differences with its help Tukey’s post hoc analysis showed that among other things differences were observed between widows and couples who have a stable relationship.

Smoking habits have been shown to affect the values of the rating of negative effects during the transition from an informal relationship to a more formal one (marriage). 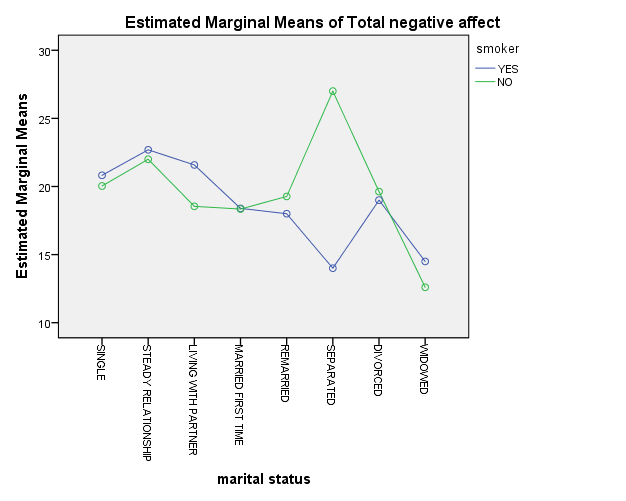 Further examination of the Gender factor in the previous relationship showed that it exhibits statistically significant interactions.

Further graphical examination of our factor showed that no interactions occurred in men while the previous transition we described held true in women. 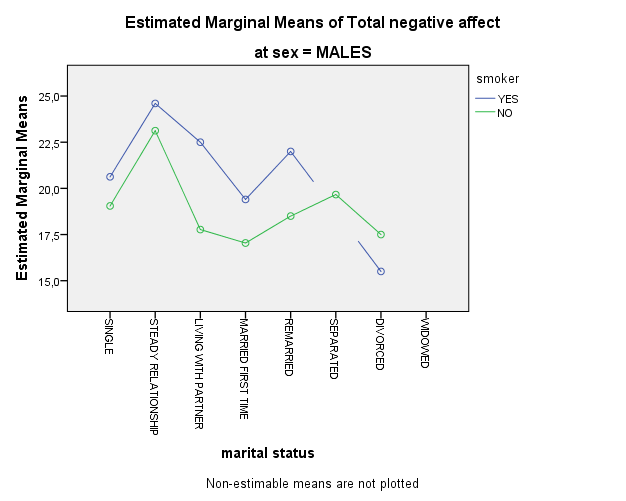 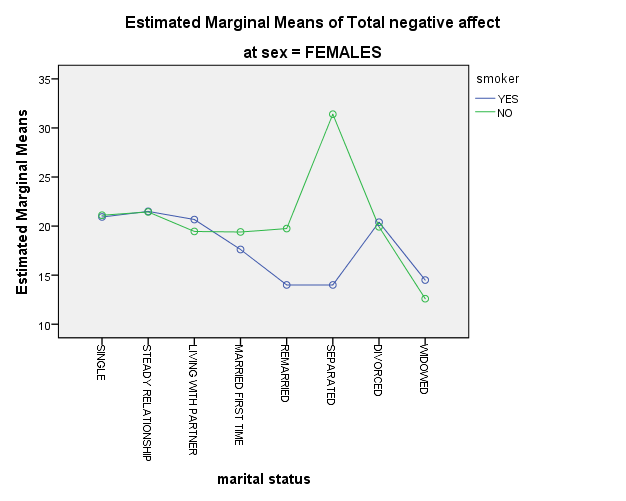 The difference in the scores of the negative effects during the transition from the free state or the state of informal cohabitation applies only to women.