Analysis with the help of the statistical program Minitab

Why Minitab? Because it contains ready-made statistical analysis and quality control procedures, it provides clear graphics that are fully customizable.

Visual examination of the percentage of the population by gender category shows higher percentages for the category of women (more women) and a similar trend after 2000. There is also a constant difference of 2.5% between the two categories. 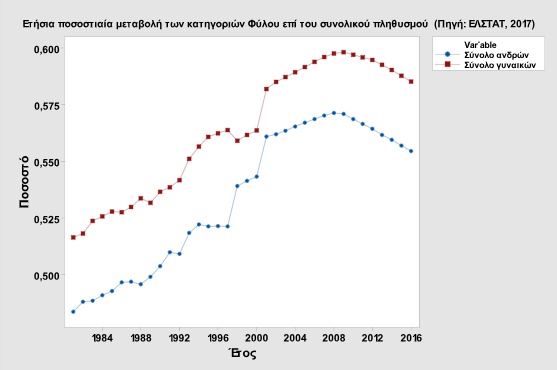 Examining the annual percentage change in employment by marital status shows that people who are divorced or widowed or separated show little growth differentiating their course after 2007-2008 from the similar course shown by married and single people. 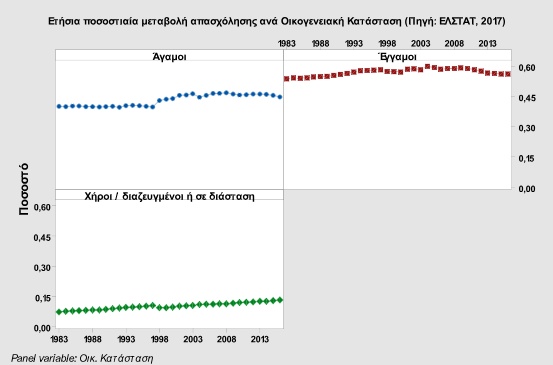 The investigation of the importance of marital status as a factor with the help of the analysis of variance (One Way ANOVA) shows that this factor is statistically significant at a 5% significance level (but also at a 1% significance) since (F(2) .99)=4256.07, Sig. < .001). The further examination (Tukey's post hoc analysis) shows that there are statistically significant differences between the categories of the examined factor and that the highest employment rates are shown in the category of married people. 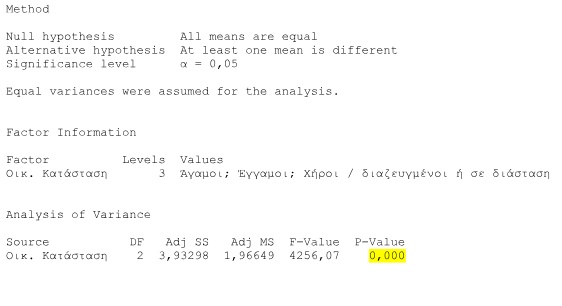 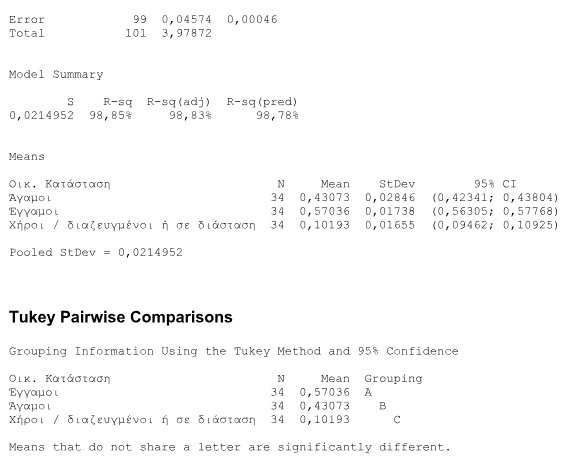 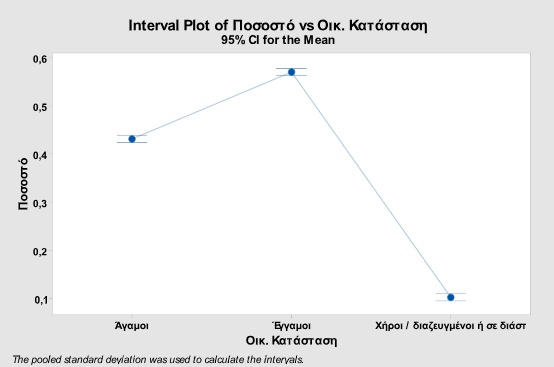 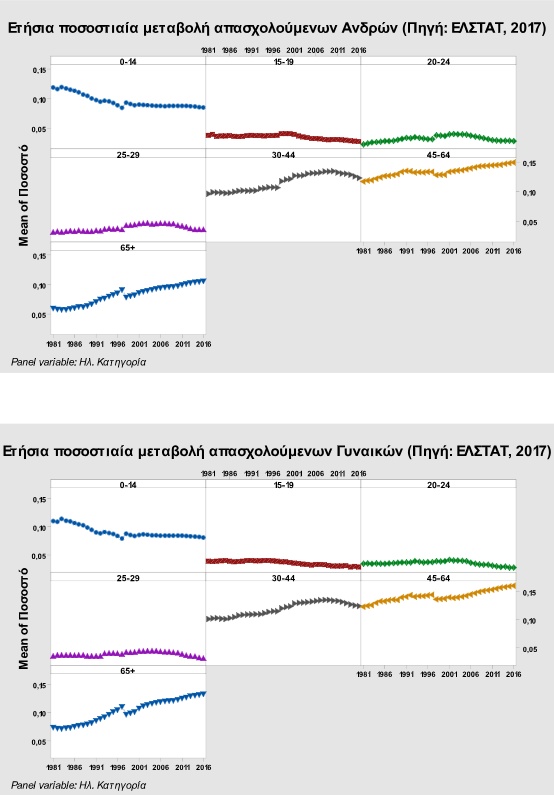 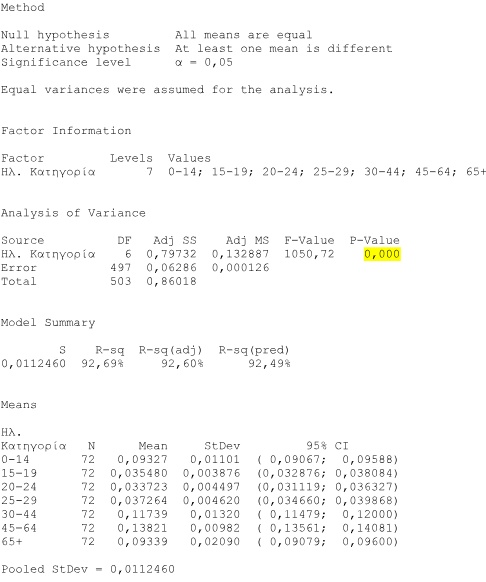 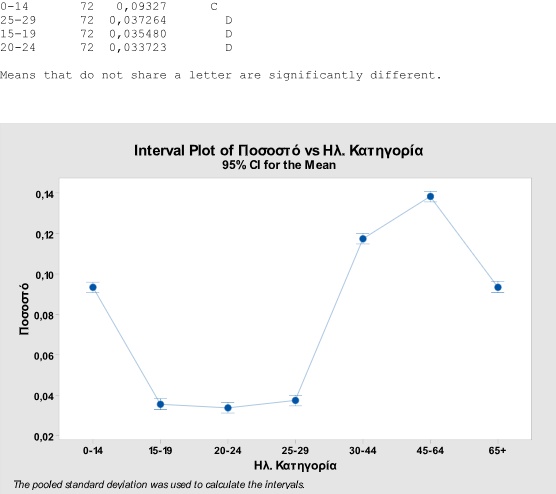 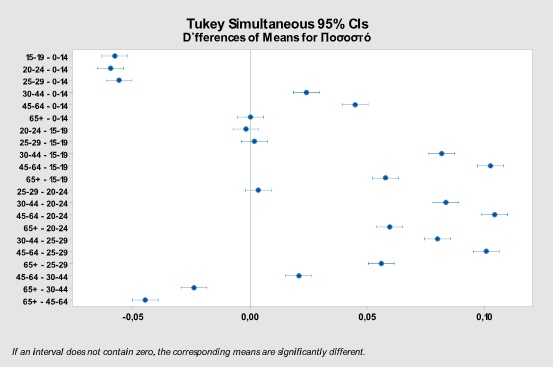 The gender factor was not found to be statistically significant, showing that there is no difference in employment rates between men and women. 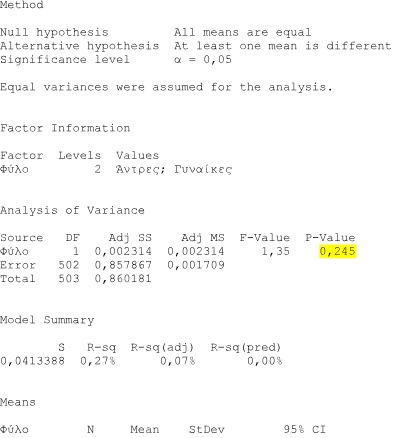 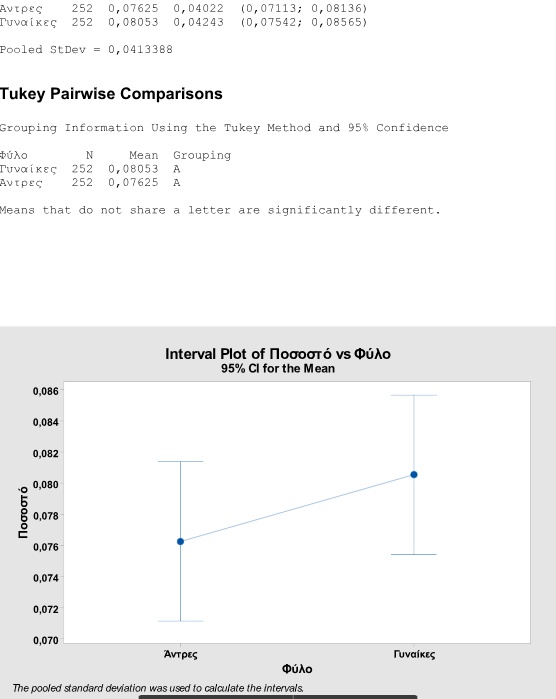 The examination of the interactions between the age categories and the gender factor showed that the interaction between it was found to be statistically significant which occurs during the transition from the age category 0-14 to 15-19 between men and women for which men present slightly higher value than women in contrast to all the other examined age categories in which women have a higher percentage. 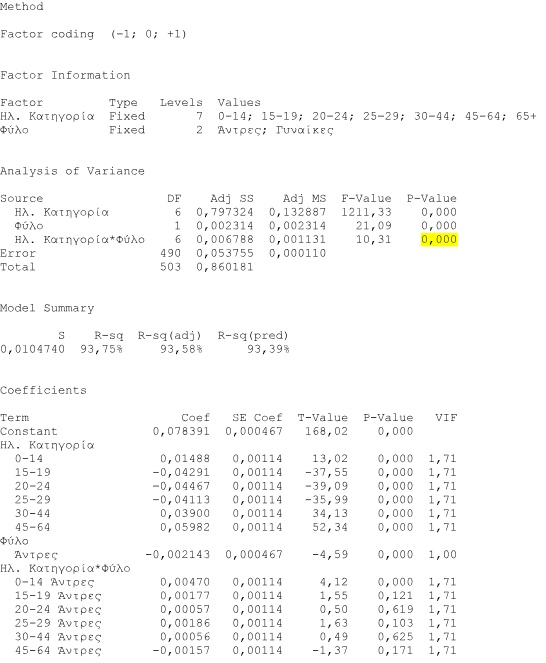 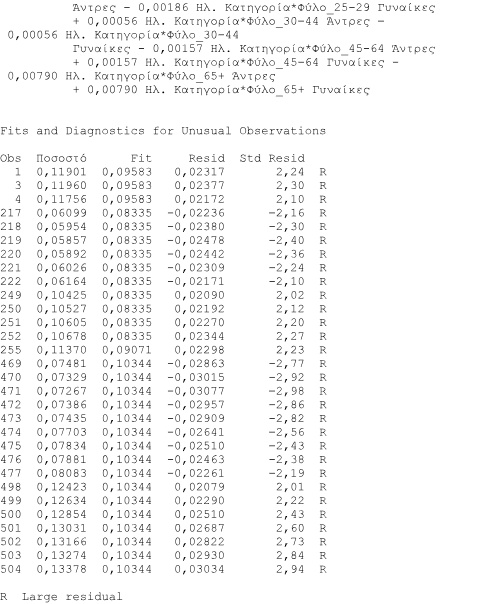 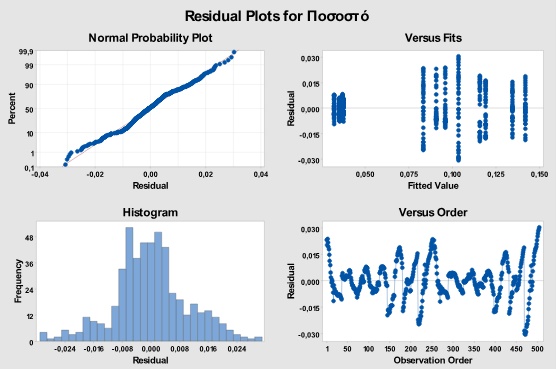 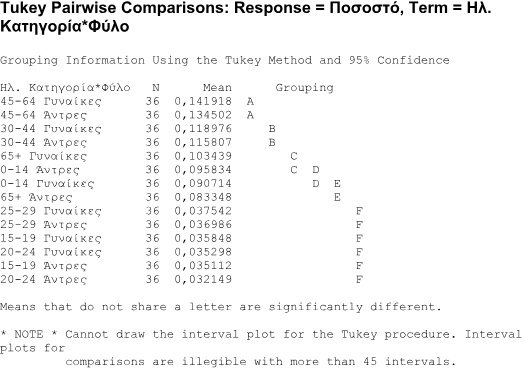 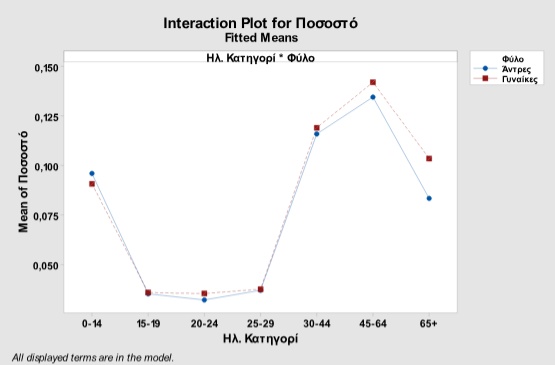