Software gretl is a statistical program that is available for free and is recommended for the analysis of time series data because of its ready-made procedures for analyzing them in a graphical environment, although it may contain a small degree of difficulty in learning it.

A small demonstration of its capabilities is presented below by examining world population data from 1900 to 2015.

We observe the transitions of differences during the first and second world wars, the continuous upward trend in both variables as well as the stabilization of differences around the value of 85 million after 1980. 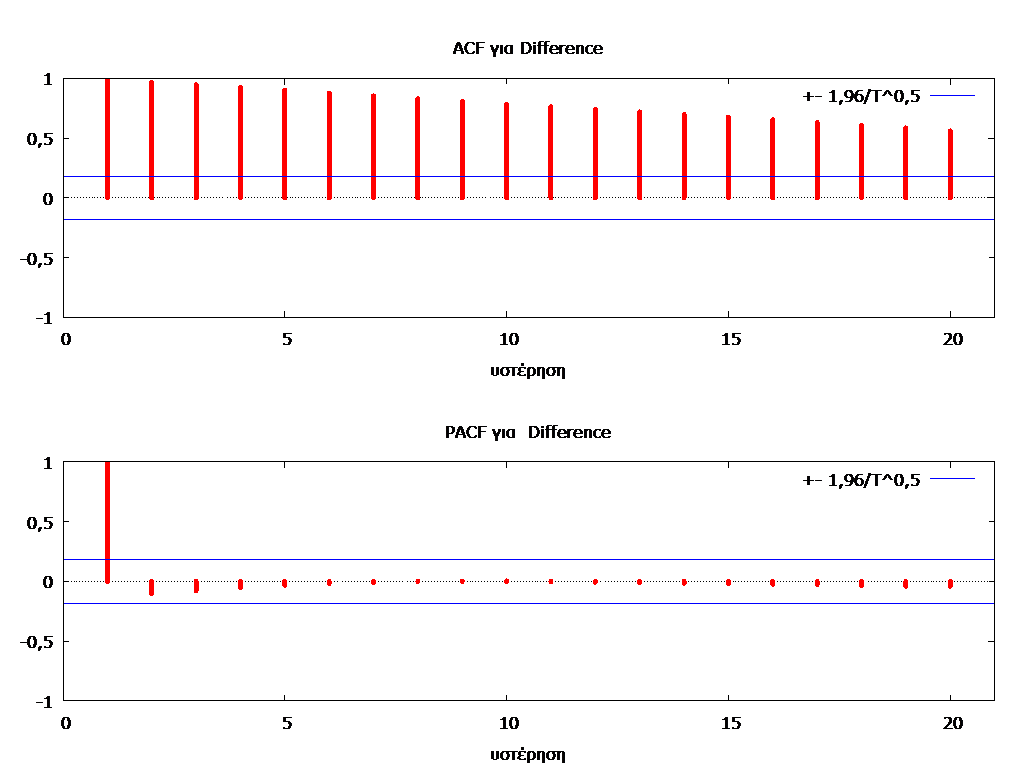