STATA is owned by StataCorp LLC and its main advantage is the freedom it provides to the user through continuous growing and evolving libraries provided by the company and users through various sites or blogs such as. The Stata blog. Although the main advantage of the program is its code, some users may find it difficult to write the code and manipulate the results.

With a simple example we will try to show some of the capabilities of the program through time series analysis. We used the GDP index dataset for the years 1995 to 2017 from ELSTAT . 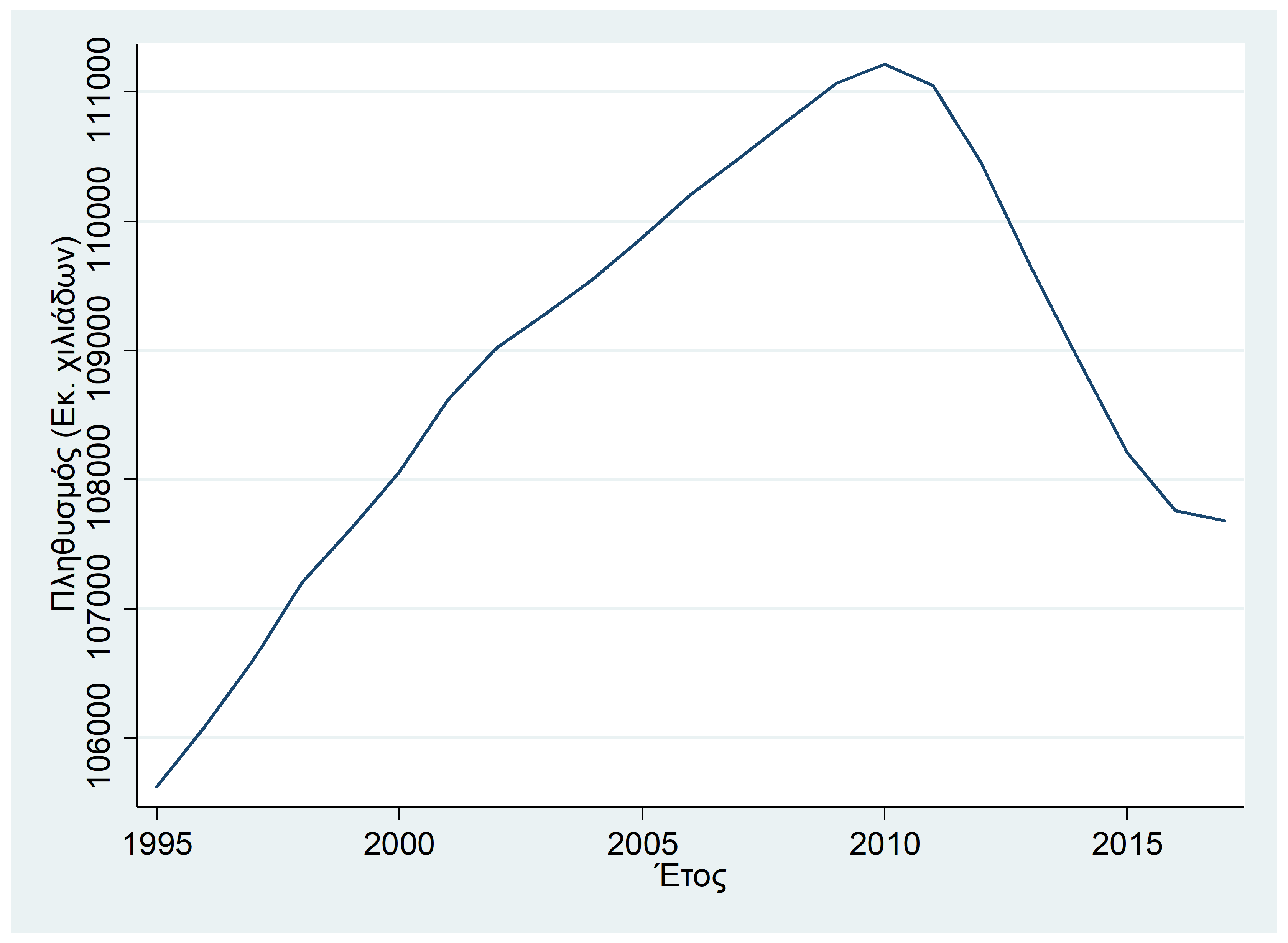 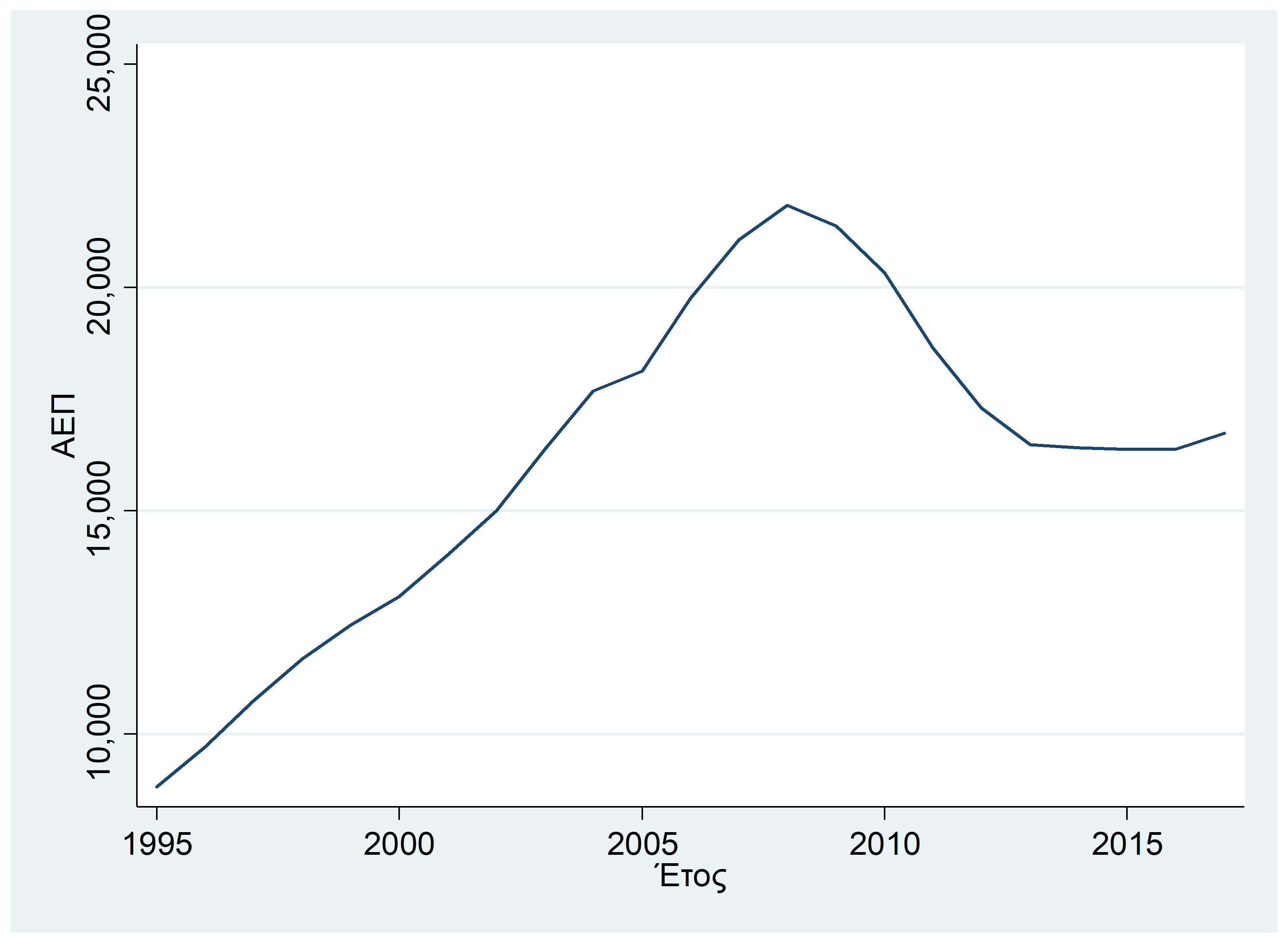 We observe a similar change of the two sizes characterized by the steady decline in their prices after 2010.

Finally, the simultaneous representation of the two variables with the help of the tsline GDP pop2 command can not render in detail the time changes. 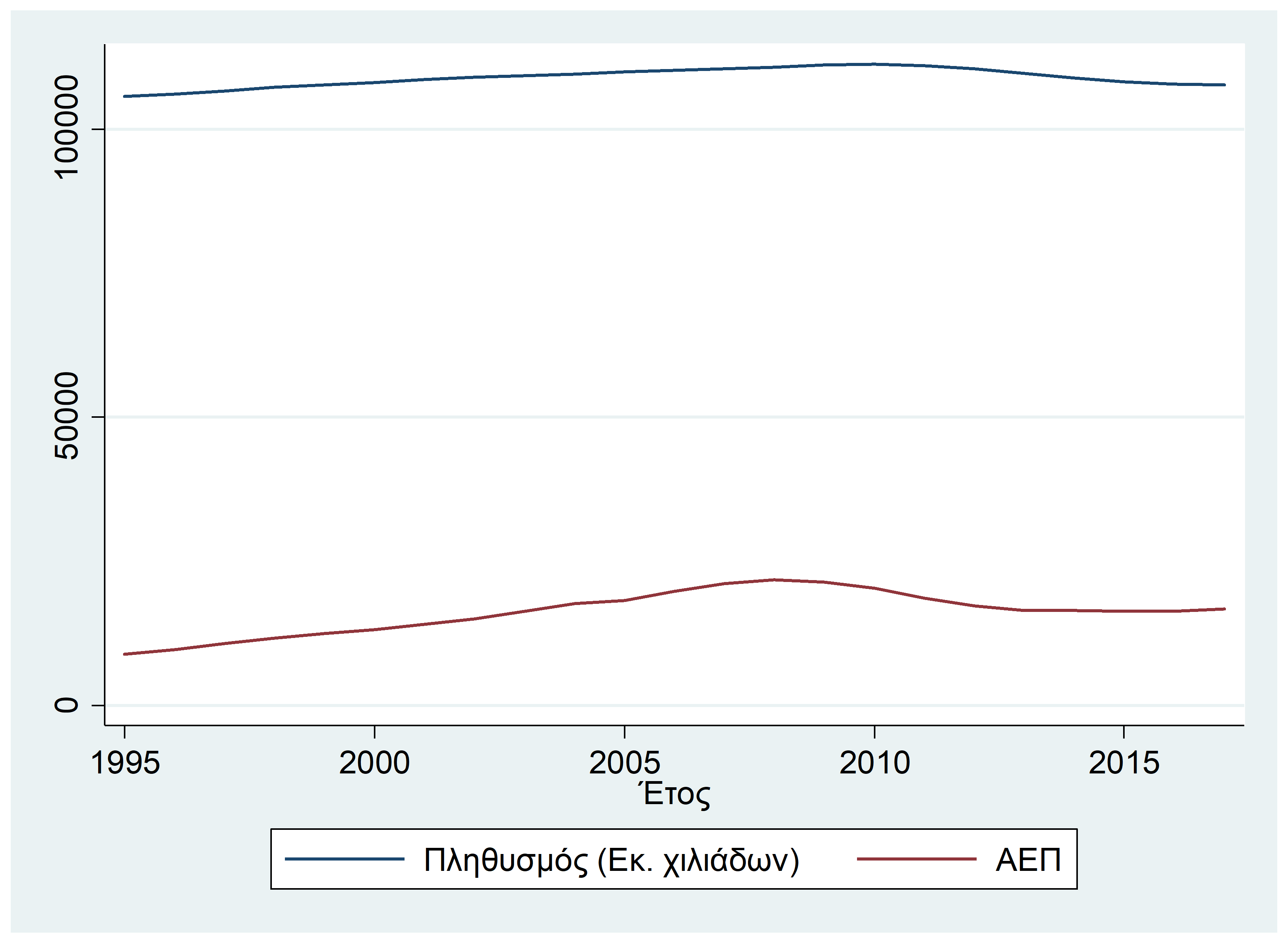 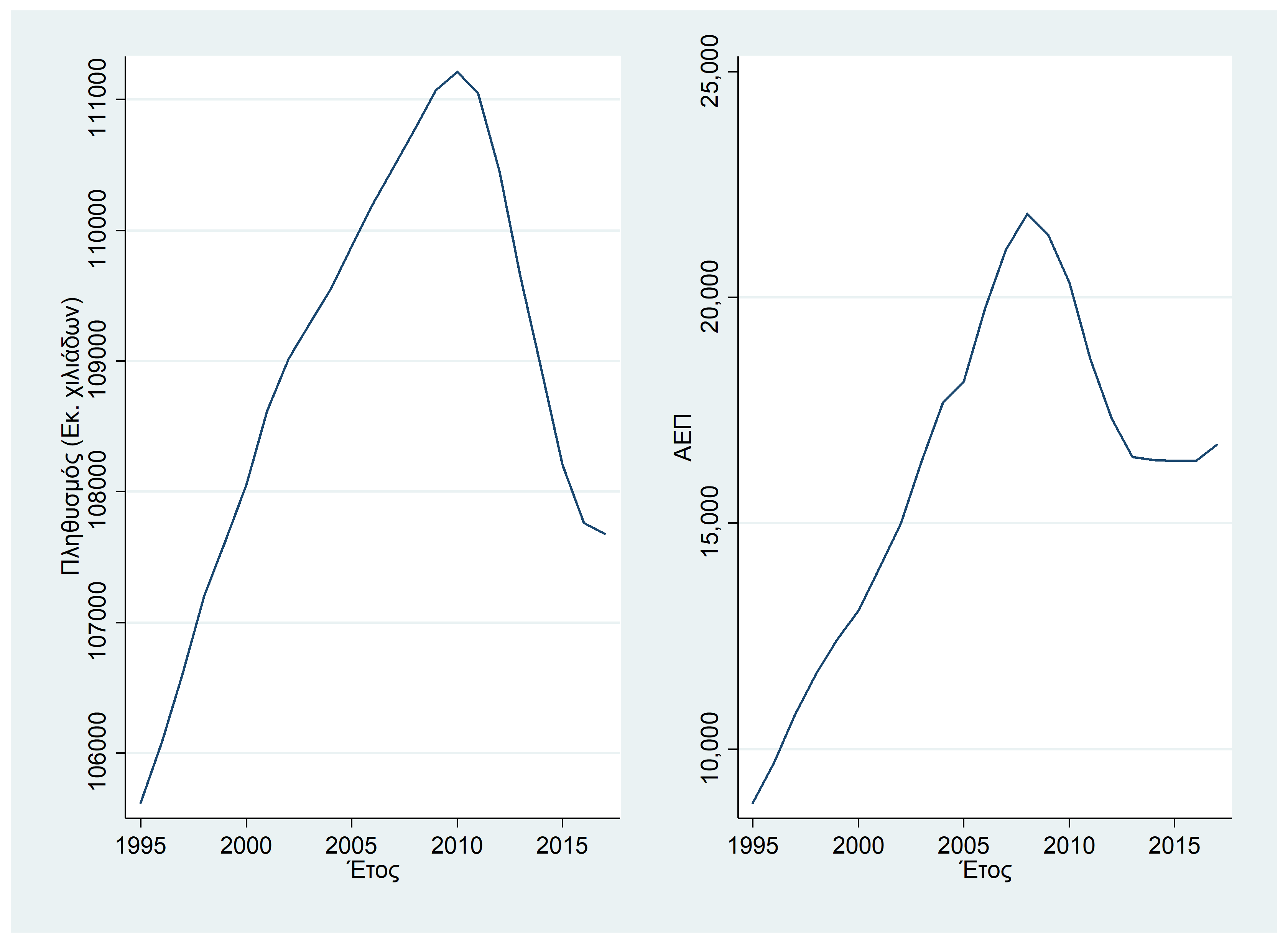 shows that linear regression can not capture changes in GDP 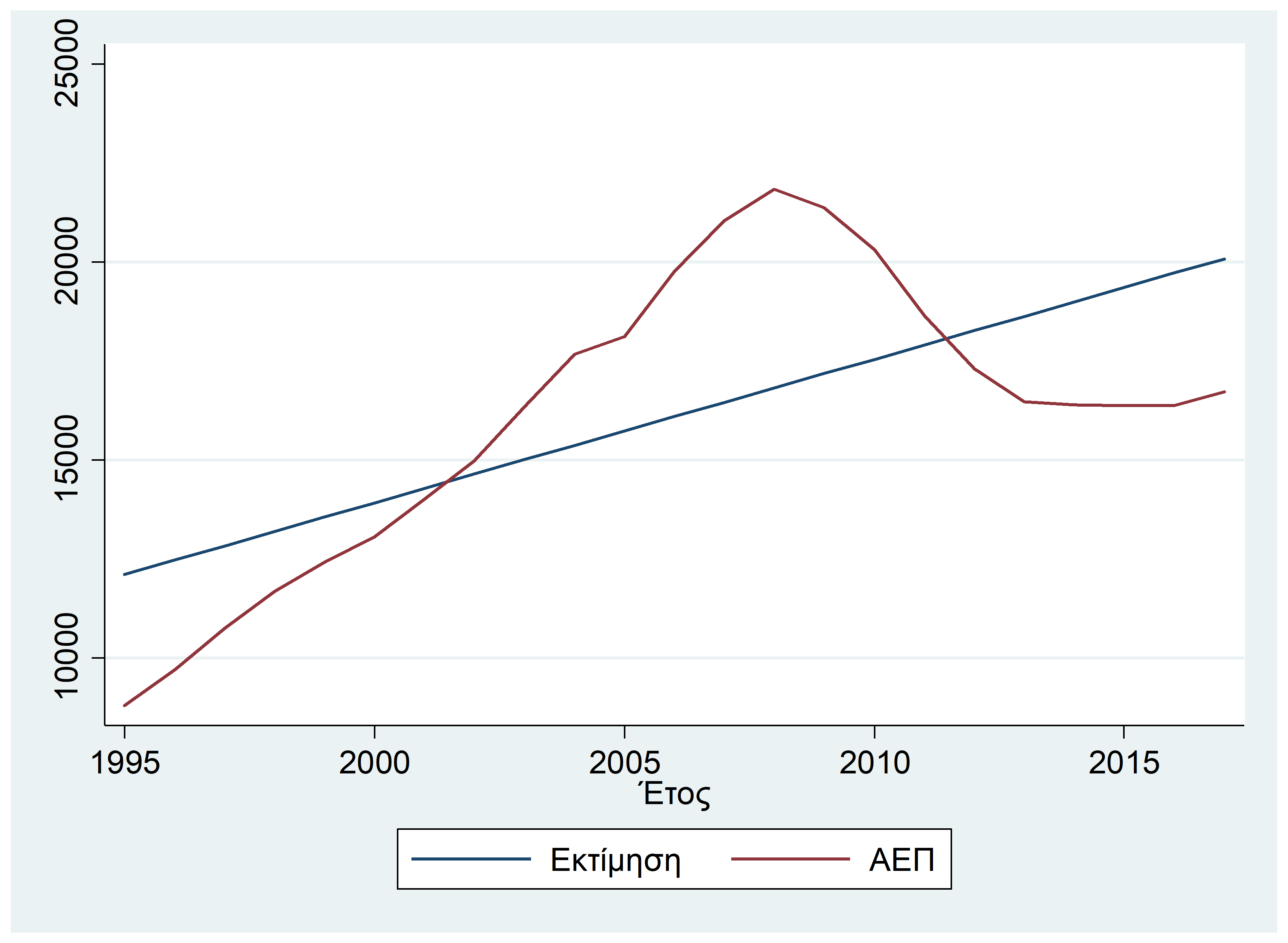 The second estimate was made using the ARIMA method (p, d, q) and led to the ARMA model (2.0) as it presented the lowest BIC and AIC coefficient. The new assessment was made with the help of the commands

was clearly improved as shown in the graph below 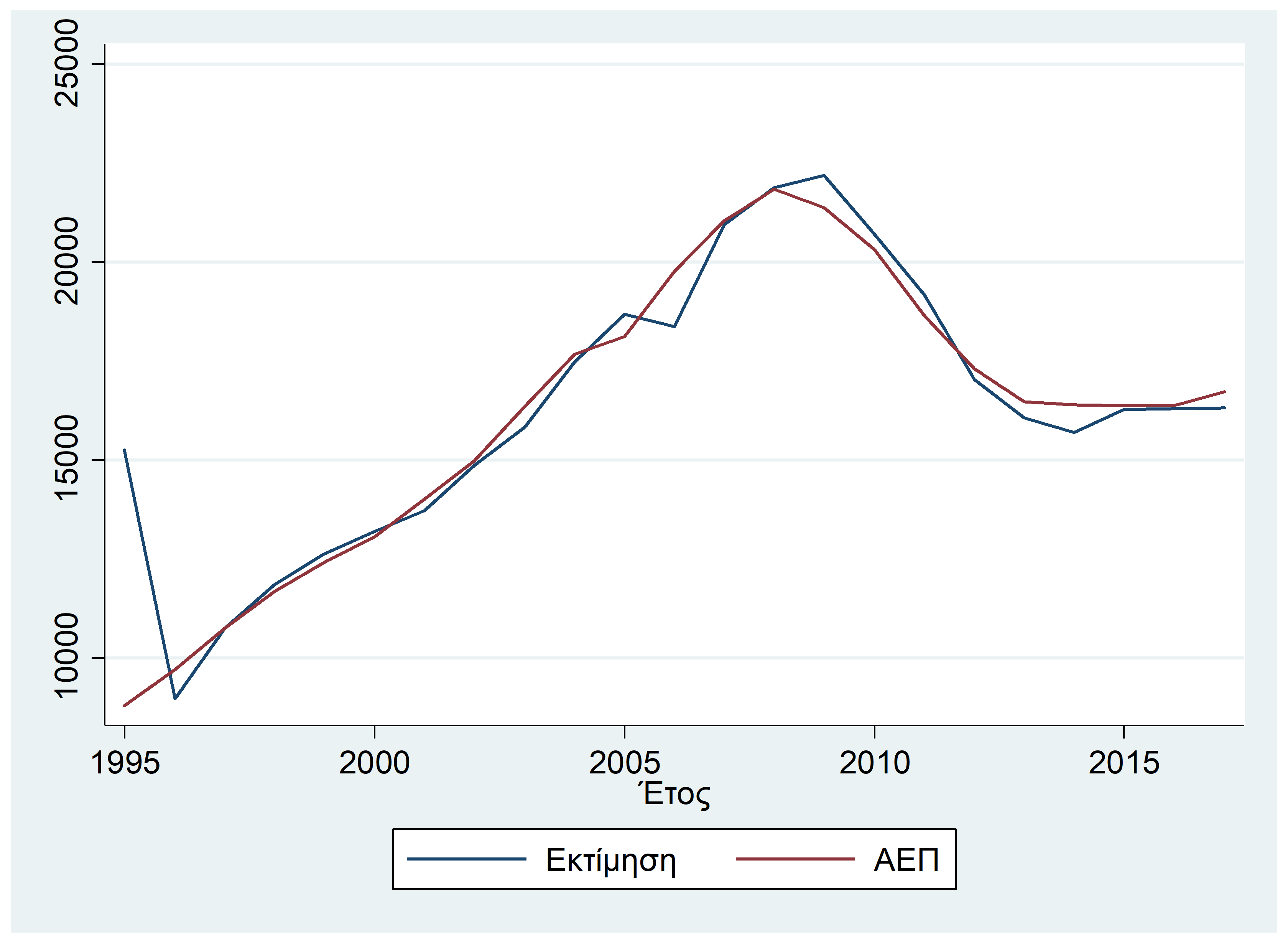 This was a simple example of using STATA for analysis. For any question or if you need help with your analysis you can contact us.